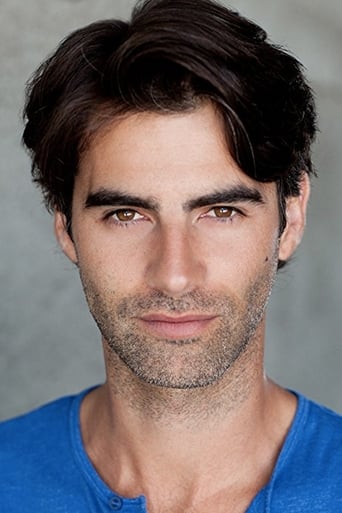 Guillaume Campanacci was born and raised in Cannes, France. Shortly after obtaining his Masters in Industrial and Mechanical engineering, at the prestigious engineer school "Arts et Metiers" in Aix en Provence and Paris, Guillaume traveled the world as a model: Athens, Paris, Singapore, Hong Kong, Barcelona, Buenos Aires, Miami, New York, yet modeling wasn't fulfilling his life. A cinema lover, inspired by a variety of staple films from the past, he started to devote his time to his true passions: writing, directing and acting. He began studying Meisner technique at the William Esper Studio in New York, and later with Anthony Abeson. In a short period of time Guillaume ended up working under the direction of Academy Award winner Emmanuel "Chivo" Lubezki and David Fincher, acted along such household names as Eva Longoria and Jane Fonda, and twice collaborated with the David Lynch Foundation, even receiving this compliment from David Lynch himself: "Guillaume, you are a great actor". After directing several Music Videos and Short Films, and writing several spec scripts (one of them awarded by Francis Ford Coppola himself), this refreshingly interesting, funny and charming auteur, reminiscent of a young Alain Delon, wrote, directed, produced and acted in Devils in Disguise, his first feature film, in a spirit of a true Renaissance man. It had its World Premiere at the Chinese Theater in Hollywood where journalists compared him to Stanley Kubrick, David Lynch and Jean Luc Godard.